FAQs: What Do You Call a Group of Cats?

I love cats and I like to read about them as much as I can.

And, I love to look up cat facts along with other things I don’t know about felines. But, sometimes there are things that you randomly find out about these adorable creatures that fascinate you even more!

In this blog post, I will answer the question, "What do you call a group of cats?" along with some other facts.

Let's begin, shall we? What Do You Call A Group Of Cats?

The correct term to use when you're referring to a group of cats is 'clowder.'

There are also two other valid ways to refer to a group of cats, other than just saying “group of cats” or “cats”.  Those other two terms are:

That's not all, though.

If you want to refer to a group of wild cats, the correct term to use for it is destruction or dowt. When neutered, a male cat is called a gib, and if not, he is called a tom. Similarly, female cats are known as molly.

Did you know that the word “cat” itself derives from the Old English 'Catt'?

Catt has its source in the Late Latin “catus”, meaning: “domestic cat”. In this section of the blog post, I would like to go through some interesting facts about cats. Let's begin. Do you have any interesting cat facts that you would like to share with us? If so, leave them in the comments! 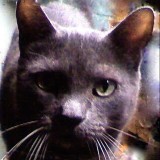 Cats seem to be psychic. Many times I’ve only thought about one of my cats and it has come to me. Cats sometimes seem to know things that they only could have “picked up” from my mind. Some of my cats have been better at this than others have been.