Facts About Your Kitty’s Tongue: Why Are Cats Tongues Rough?

If you’ve closely observed your kitty grooming herself, you’d have seen that she has a rough tongue.


For a first-time cat owner, it may seem absurd to you.


In this blog post, I will answer the question, “Why are cats tongues rough?” in as much detail as I can. Why Are Cats Tongues So Rough? The Answer

Your cat’s tongue has tiny, backward-facing barbs called papillae on it which are the things that create that rough sensation.


These barbs serve several important functions. They make it easier for a cat to grasp the meat from the bones of his prey. The barbs also aid in grooming as they collect dirt, debris and loose hair from the cat’s coat.


However, there’s a downside to them as well.


These backward-facing barbs ensure that anything the cat collects on her tongue will usually end up getting swallowed so, that’s how your kitty may end up with lots of hairballs!


That’s not all, though.


These barbs on the tongue also make it dangerous should your cat get some string, yarn or tinsel in her mouth because she won’t be able to spit it out.

The papillae come in handy when hunting and eating.


Cats have strong jaws but, papillae help cats to hold prey tight in their mouths. When it comes time to eat, papillae also help cats pick up small bits of food that might otherwise be missed or wasted. The Important Functions of the Your Cat’s

As I mentioned in the previous section, your cat’s tongue does serve some important functions in cats. In this section of the blog post, we will take a look at each of those.

In the wild, after a cat has eaten his prey he will groom to remove all traces.


This is actually an important survival strategy because the cat doesn’t want to alert any other prey in the area to his presence. Not just that, keep in mind that a cat is small enough so he is not only a predator but potential prey as well.


So, removing all the traces of a fresh kill is extremely important to his own safety as well.

A cat will also use his tongue to groom herself to help keep cool through the process of evaporation during the summer time.

What most people don’t know is that grooming is a displacement behavior and your kitty may use her tongue to groom areas of her body if she feels anxious or stressed,


In fact, repeated grooming in the same area can actually cause bald patches.


A cat will also use his tongue for social grooming. You may notice this if you have a multicat environment and you see two cats engaging in allogrooming.

The cat’s tongue has fewer taste buds than a human has.


Interestingly, the cat, in general, doesn’t have a taste for sweets. We probably create that habit and desire in our cats by feeding inappropriate foods.

The texture, size, and shape of food are important to the cat and he may like or reject a certain food based on how it feels on his tongue.

This research was done by a group from the Massachusetts Institute of Technology, Virginia Polytechnic Institute, and Princeton.


A cat’s tongue used to be that experts thought the cat laps up water by curling the tip of the tongue into a makeshift spoon but recent research has shown that the cat actually drinks by curling the upper side of the tongue downward and then darts it across the surface of the water at a remarkably fast speed.


This causes a column of water to rise up and the cat closes his mouth just in time to collect it before gravity allows the water to fall back down. Cats have a rough tongue because they have tiny, backward-facing barbs called papillae on it which are the things that create that rough sensation. Did you know this? Let us know in the comments section!


If you have questions, share them with us in the comments, and we will get back to you as soon as we can! 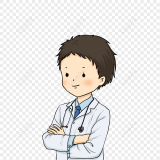