The Cats 2019 trailer took the Internet by storm! You would probably find memes about it all over the internet.


Cats 2019 is an upcoming movie directed by Tom Hopper that’s scheduled to release on 20th December 2019. Based on the musical of the same name, this movie has a star-studded cast which includes big names such as James Corden, Jason Derulo, Jennifer Hudson, Taylor Swift, Rebel Wilson, etc.

People felt that the Cats 2019 trailer was extremely weird and strange.

And, there are memes floating around the internet. Take a look at some of them! What did you think of the Cats 2019 trailer? Let me know in the comments! 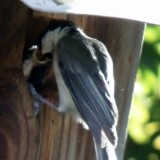 CATS stars are talented, professional and fabulously costumed as felines. I have known and loved many cats as a foster. They are unique individuals. Sassy, shy, and some more needy than others. Just like people. Can’t wait to see this movie!